You are here: Home » On Line Obituary » Adams, Lloyd 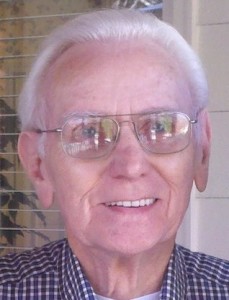 Lloyd Everett Adams, Jr. 81 of Portland, OR passed away April 12th in Portland.

Lloyd was born August 3, 1932 in Walla Walla, Washington to Elsie (Weagant) and Lloyd Adams, Sr. They moved to Portland, Oregon in 1942. In 1950 he graduated from Roosevelt High School, participating in varsity track as a pole-vaulter.

He dated and married Donna Aubry (Collins) in 1951. They had three beautiful daughters, Debra, Connie and Carol.

For 30 years Lloyd worked as a Salesman and refinished furniture for Kilham Stationery and Printing Co. In 1980 he became employed as Office Manager for Skyline Memorial Funeral Home. After leaving Skyline, he worked as a Computer Specialist for Universal Memorial Centers. When Universal Memorial Centers joined The Loewen Group, he continued as a key person in the computer program selection for that company. He then became a trainer for The Loewen Group traveling from location to location training on the new system. In the 1990s he formed Adams Photo Memorials creating and printing personalized memorial folders for a number of funeral homes in the Portland area. He was a self- taught computer programmer and developed websites for local companies as well.

Lloyd’s passion was music. He loved jazz in the style of Chet Atkins and Joe Pass. He played one of his electric guitars everyday of his life. He was an avid pool player, competing in state competitions in his early years. He was a perfectionist in many different hobbies including wood working, clock repair and fly tying. He enjoyed art and drawing and architectural drafting. Everything he was interested in, he did to perfection; nothing was half way.

As a single man the last 40 years of his life, he was involved and loved his family. He loved to hike the Portland hills with his daughters or travel to California or Georgia to spend time with his children and grandchildren. He was so proud of his three daughters and their families. He never missed a single family event. Even the last few months of his life, he did the hikes and made the family events despite not feeling his best.

Funeral Services will be held Wednesday, April 16, 2014 at 11:00 am at the Skyline Funeral Home Chapel, 4101 Skyline Blvd, Portland, Oregon. Visitation will begin one hour prior to the service, at 10:00 am. Private Family inurnment will take place at Skyline Memorial Gardens.

The family would like to thank the caregivers at St. Vincent Hospital, Care Partners (Washington County Hospice) and the Young at Heart Care Home for their care and compassion during his illness. And a special thanks to Springer and Son Funeral Home for their kindness.