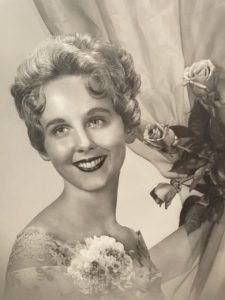 Barbara was born on March 29, 1939, in Portland, Oregon, to Olaf and Leona Nesting. She was the oldest of 3 children and resided in the St. John’s neighborhood of North Portland. She attended Roosevelt High School and was named Rose Festival Princess in the spring of 1957. It was a huge honor being Roosevelt’s princess and she was so grateful for the opportunities and festivities that came with the title of princess.

After high school, Barbara spent her early adult years traveling and working as a Flight Attendant and then attending both Oregon State University and Portland State University. She graduated from Portland State in June of 1965 and married Virgil R. Young III shortly thereafter. Once married, she and Virgil moved to Antioch, California, where she began teaching at a public school.

In September of 1970, Barbara became a mom for the first time and had a baby girl (Tierney). Two years later, she and Virgil welcomed a son and named him Virgil IV. She was a stay at home mom and enjoyed every minute of that time in her life. She loved making our childhood special…she’d surprise us with caramel apples after school in the Fall, she made a huge bowl of popcorn and a jug of Kool-Aid everyday in the summer as all the neighborhood kids swam in her backyard…she was an incredibly loving and thoughtful mother.

During the early 80’s, Barbara and her family lived in Pittsburgh, Pennsylvania and then moved back to Antioch, California in 1988. In, 2000, she and Virgil moved to Portland to begin their retirement.

In 2002, Barbara became a grandma to grandson, Kyle. She was the BEST grandma and cherished all of the time that she spent with him. The year of 2004 was bittersweet for her in that she unexpectedly lost her husband, Virgil, to heart related issues, but gained a granddaughter (Kelly) three months later. As a widower, Barbara spent her time with her two children, playing with her grandchildren, helping her sister who had Alzheimer’s and attending bible studies.

In 2015, Barbara’s Alzheimer’s disease had progressed to a point where she needed to enter a memory care facility. During her 6 years in memory care, we were constantly told by staff how sweet she is and how much they love her big smile. They also told us she loved to dance!

Barbara was an amazing woman. Words can’t even express how wonderful she was. She always had a huge smile on her face and would do anything to help a loved one in need. Her faith meant the world to her and she loved Jesus with all her heart. She had many hardships during her life with surgeries and illness, but she always remained positive and had faith that God would protect her. She was a generous entertainer and enjoyed inviting friends and family over to her home for a meal. She spent quality time with her loved ones and strived to make gatherings special and memorable. She always put others first…never herself. Her passing leaves a huge hole in our heart, but we do have peace in knowing that her Alzheimer’s battle is over and she’s spending eternity dancing up in Heaven.

A celebration of life will be held at a later date once it is safe to do so.

In lieu of flowers, please consider donating to her church, Beaverton Foursquare www.b4church.org or The Alzheimer’s Association act.alz.org. 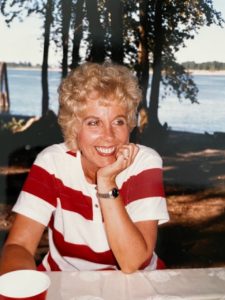 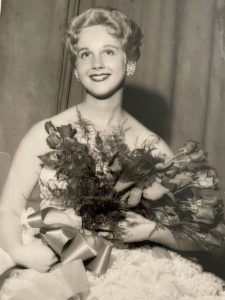 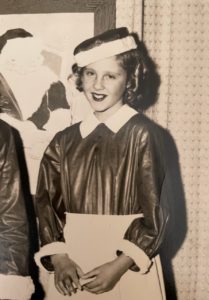 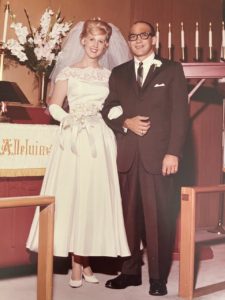 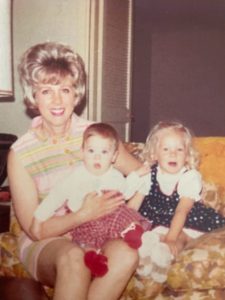 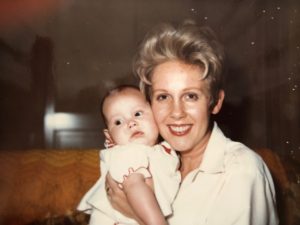 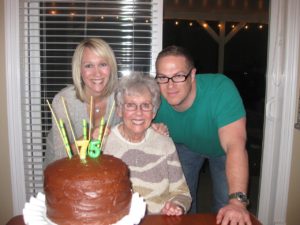 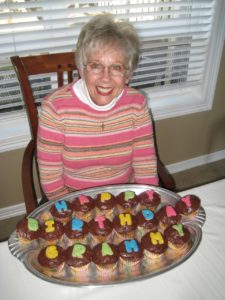 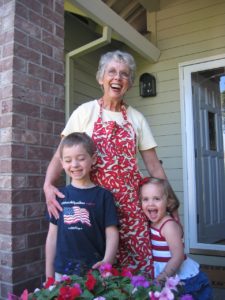