You are here: Home » On Line Obituary » Blair Adams Holman 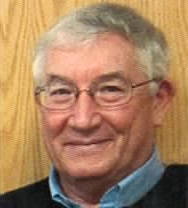 Blair Adams Holman, 83, passed away unexpectedly at his home in Beaverton, Oregon on April 4, 2022.

Blair was a fifth-generation native Oregonian, born August 10, 1938 in Portland, Oregon; the first child of Dr. Charles and Dorothy (Everhart) Holman. After graduating from Grant High School, he attended Oregon State University, becoming a proud lifelong Beaver. He graduated from OSU with a Bachelor of Science in Forest Management.

Following two years of active duty in the US Army, Blair entered the forest management industry in Toledo, Oregon as a forester. He continued to work for the Georgia-Pacific Corporation for 38 years, mainly in the Coos County area as a Resource Manager. He was ultimately responsible for Georgia-Pacific’s Oregon timberlands consisting of 300,000 acres until his retirement in October, 2001.

In addition to his forestry work, he served as an active member of the US Army Reserve for over 33 years retiring at the rank of full Colonel.

A private burial service for the family was held April 12, 2022 at the historic Adams Cemetery in Molalla, OR.

Blair is survived by his wife of 19 years, Ginny Tabor; brother David Holman and wife Maryanne of Lake Oswego, OR; sister Jeanne Newman of Hamlin, NY; daughter Carrie Fagan and husband John of Corvallis, OR; stepson Andrew Ehlen of Beaverton, OR; and two grandchildren, Brian Fagan of Corvallis, OR; and Kate Fagan of Portland, OR.