You are here: Home » On Line Obituary » Bolek, Antoni 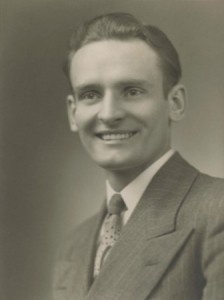 He was born in Krakow, Poland in December 1925. He came to the United States when he was 17 years old having survived the German invasion of Poland and the early years of World War II.

Antoni came to settle with family in Chicago, Illinois. He worked in labor positions with Illinois Tool Works in suburban Chicago.

In 1950, he became engaged to Constance (Connie) Manicke, the daughter of a co-worker. They were married in 1951, having a large Catholic wedding service and reception combined with Polish tradition. After earning United States citizenship, he served in the United States Army from 1950 – 1952.

The two lived in suburban Chicago and had four children. In 1967, Antoni and Connie moved the family to Oregon and in 1968 a fifth child was born. Connie preceded him in death, in 2006.

In both Oregon and Illinois, Antoni was both a mechanic and small business owner.

Antoni will be remembered as one who was often direct and one who spoke his mind. He will also be remembered as a person who had a tough exterior, seeing and endured tragic events in his life while still maintaining the ability to be truly a loving person with a caring heart.

Viewing with be from 2-4pm Friday July 5th, with services at 12pm Saturday July 6th at Springer and Son in Aloha.

The family would like to thank the staff at Jennings McCall in Forest Grove for their dedicated service and loving care over the last four years, and certainly during the final weeks and days of Antoni’s life.

In lieu of flowers, the family suggests remembrances be forwarded to Hospice of Washington County.