You are here: Home » On Line Obituary » Briggs, Carol 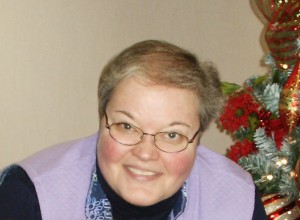 At the age of 15, Carol, her mother and sister Barbara came to Portland to visit her newly married sister Diane. That is when Carol decided to move to Portland when she completed High School. Two weeks after graduation, Carol arrived and lived with Diane and Mike while she attended Portland Community College. After receiving her BA in 1978, Carol worked for a bank briefly before beginning her 34 year career with PacifiCorp in Aug of 1979, starting as a clerk and progressing to SAP Functional Analyst.

Carol enjoyed traveling. In 1981, she “allowed” Diane to travel to Egypt with her. She also joined Mike and Diane on trips to Hong Kong, Portugal and Spain. Carol opted to go solo on a trip to England and Scotland, staying at B&B’s and became so proficient in using “The Tube”, that other tourists would ask directions from her. Closer to home, Carol navigated Portland on TriMet and often gave us directions on how to get to different locations. She was resistant to learning to drive so it was amazing and inspiring to all of us when she learned to drive at the age of 53. She loved her home in the agricultural area of Hillsboro with its rolling hills, nurseries and orchards and driving became a necessity.

Carol’s other interests were woodworking, gardening, reading and the theater. Carol loved her adopted black lab Patton – she called him the gentle giant. Even though he was not raised around other dogs by his prior owner, he was very accommodating to other dogs. One day when Barbara and Walt arrived at Carol’s, Patton was soaked from the rain – sitting outside his doghouse – which was occupied by a stray that was seeking shelter. That was one of many a good laughs we all enjoyed with Carol.

We will all miss Carol deeply for many reasons. Her kindness, soft spoken nature, AND words of wisdom when she did share her thoughts. Carol’s family is most appreciative of your personal notes of condolence. We truly appreciate knowing Carol has made a difference in many of your lives.

Carol was predeceased by her father Edward Meshak and she will be laid to rest with him in Wisconsin. Among Carol’s belongings was the memorial card from her father’s funeral which read: I am home in heaven, dear ones; Oh, so happy and so bright! I am now at peace forever. There is work still waiting for you, So you must not idly stand; Do it now, while life remaineth. When that work is all completed, you will gently be called Home; Oh, the rapture of that meeting, Oh, the joy to see you again.

One Response to “Briggs, Carol”