You are here: Home » On Line Obituary » Dwain Harold Quandt 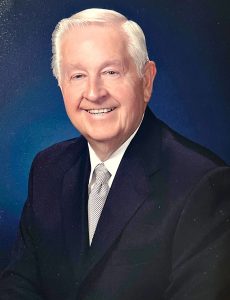 Dwain Quandt was born June 15, 1936, to Harold and Pearl (Staley) Quandt in Charter Oak, Iowa. The family moved to the farm in Willey, Iowa, when he was two years old. Dwain graduated from Carroll High School in 1954, in Carroll, Iowa, and then enlisted in the Army and served two years at Fort Lewis, Washington. Dwain met his first wife, Beverly Fix, and were married in Yakima, Washington, on January 19, 1957. They were married 47 years before Beverly passed away on December 29, 2004. Dwain and Beverly had five children: Mark, Mike, Marty (Angie), Michele Schwin (Brad), Melissa Anctil (James). There are 15 grandchildren. Dwain remarried October 7, 2006, in Portland, Oregon, to Donna Mae Stanford. Donna has two sons, Kenny Luglan and David Luglan (Deceased 1987). Dwain was the oldest of 6 children. Sisters: Doris Handlos, Doreen Bremmer, and Diane Heithoff. Brothers: David Quandt and Daryl Quandt. Predeceased by his parents, Harold in 1998 and Pearl in 2020.

Dwain moved to Beaverton, Oregon, in 1961, where he worked for Tektronix as a Computer Programmer. Given his entrepreneurial spirit, Dwain launched his own business with his friend, Ron Sears, opening up Pro-Am Sports. Eventually, four stores would be opened and the family business took off. Many hours were spent working at the sporting goods store by his sons. Dwain loved sports. He volunteered many hours coaching his children’s athletic teams when they were younger. A baseball player and track star himself in high school, Dwain boasted he ran a 4:50 mile and that time could beat any of his grandkids!

After several years in the Sporting Goods business, Dwain decided to try his hand at Land Development. He developed both commercial and residential properties. He was very successful in housing developments in the Beaverton and Hillsboro area and branched out to other areas as well. He continued to stay busy in business adventures until his passing. Dwain was a proud grandpa. He loved all of his grandkids very much. His favorite times were spent going out to breakfast at The Village Inn in Beaverton, treating whatever grandkids could make it to eat with him. His grandkids loved to watch their “Papa” dance. He was usually the life of the party, tearing it up on the dance floor to the delight of all around him. Although Dwain’s diagnosis was only 11 days before he passed, each grandkid is grateful for the
opportunity they had to say goodbye to their Papa before his passing. Sweet memories were shared by all the family the night before he passed at his home. He is described as having a giving heart, youthful spirit, and generous soul. His children, and wife Donna, were with him when he passed peacefully.

Dwain enjoyed traveling around the world. His favorite trips were cruises in particular. Trips to Palm Springs with all his children and grandkids was a highlight each spring break. For many years Dwain golfed and enjoyed playing courses throughout the United States. In his later years, his home office was where you could find him working on his computer or riding his stationary bike. Staying fit and healthy was important to Dwain. He completed 2 half marathons and even placed third in his age division one year. Dwain was also a member of St. Pius X Catholic Church since 1966.

Dwain’s family is thankful for the love he has shown us all over the years. We will miss him greatly but are comforted in knowing he is at peace and reunited with loved ones. Please join us for a reception immediately following the Funeral Mass at the St. Pius X Community Center as we celebrate Dwain’s life.

One Response to “Dwain Harold Quandt”