You are here: Home » On Line Obituary » Elton Humiston 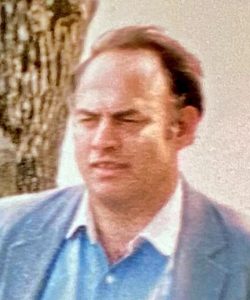 Elton was born in California, to parents Ruth and Fred Humiston, and was the fourth of six siblings. His family had migrated temporarily from Nebraska to find work during the war. Returning to Nebraska after the war, Elton grew up “a farm kid” in rural Nebraska. He was his dad’s chief helper, and his mind was filled with everything about agriculture – growing and sustaining and irrigating and animal care – learning by “doing” from a very young age. He graduated from Central City High School in 1961, and shortly thereafter joined the army. He spent most of his army tour stationed in Korea, returning with a profound appreciation for Korea, —— and an enduring love of Kimchee!

He delighted in growing things – hence – cultivating a huge garden and giving away its bounty. What wasn’t consumed fresh, he would can. He was an inveterate “canner”, and would always say, “If it’ll fit in a jar, you can can it!”

His broad work experience included a number of sales positions in Nebraska and Colorado as well as work on a geology project in Alaska. An Oregonian since the 1980’s, Elton owned and operated a carpet-cleaning and painting business in Cornelius, OR. But he got the greatest satisfaction in life by helping people. For many years, he volunteered his time, and worked in collaboration with “Open Door Housing Works” to provide emergency shelter for a number of unhoused people until a fire demolished his home, in 2013.

Elton had a repertoire of about a bazillion jokes, and will be remembered for his witty one-liners and sense of humor – but more than that, for his compassion for people – especially those to whom life had been unkind.

He was preceded in death by his wife Ruthie, (2001), his parents and three siblings, Ronald, Pendleton, OR; Marvin, Akeley, MN; and LaDonna (Zoucha) Hillsboro, OR.

He is survived by his wife, Carol, of Gaston, OR; grandson, Sentrell (Bubba) Alexander, Gaston, OR; granddaughter, Tyesa Daisierain, Newark, AR; brother, James, Albuquerque, NM; sister, LyNell (Franssen) Concord, CA as well as stepchildren, step-grandchildren, nieces, nephews and a plethora of friends who will miss his wit and wisdom.

A celebration of Elton’s life will be held in the spring.