You are here: Home » On Line Obituary » Gillenwater, Eugene H. 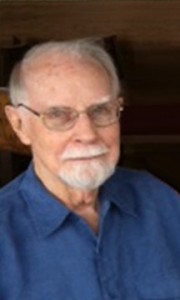 Eugene H. (Gil) Gillenwater was born in Hillsboro, Oregon on April 10, 1920 to William H. Gillenwater and Neva Large Gillenwater. He graduated from Hillsboro High School in 1938 and enlisted in the Oregon National Guard. From 1940 to 1946 his active service in the US Army took him to Australia, New Guinea and the Philippines. Back home again, he worked as a logger, concrete contractor and taxi driver, and studied at Oregon State University.

In 1947, he married Elizabeth H. Gillenwater (Boeckli). Their five children were born and raised in Oregon, Alaska, and Washington. Gil served in the Alaska Communications System (Army) until 1962. He then worked for the U.S. Postal Service in Beaverton, retiring in 1976.

His hobbies included radio disc jockey, square dancing, fishing, bowling, Bridge and Pinochle, drawing, gardening, photography, and road trips. A voracious reader, and a poet, he had a great love for beautiful music and the fine arts.

Preceded in death by Elizabeth and by his brother, William, he is survived by son Neil and daughters Sharon, Alice, Diane, and Susan Gillenwater; and several grandchildren and great-grandchildren.