You are here: Home » On Line Obituary » Greatest Mother Ever 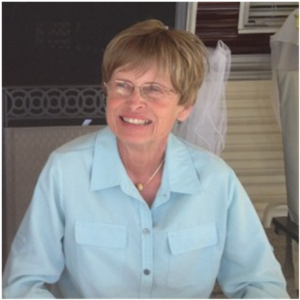 Born on June 10, 1945 to Margaret Eleanor and Frederic Joseph Walker in Washington Indiana. She was the middle of three children. Her brother Frederic Joseph Walker predeceases her and her sister Jane Walker Groves and brother in law, Bob Groves survive her. She spent her childhood in Loogootee and Washington, Indiana. Her family moved to Tigard in Oregon in 1959 and she attended St Mary’s of the Valley High School. She returned with her family to Washington, Indiana in 1961, but not before Barbara met the love of her life and eventual husband, John J. Leriche. In 1963, she graduated from Washington Catholic High School. Barbara was married to John on June 20, 1964 at Saint Simon’s Chuch in Washington, Indiana. They chose to live in Oregon and in March of 1965, they had their first child, Steven F. Leriche, followed by Jeffrey A. Leriche in March of 1967, and finally a long awaited daughter, Kristin A. Leriche (Hickey) in February of 1970. Barabara will be most remembered for her love of family. She devoted her entire life to caring for her husband, children and grandchildren. She made every child’s Christmas, a dream come true. She dearly loved and spoiled her grand children: Andre and wife Valerie, Sean, Allison, Ryan and Rachel. Her children’s wifes and husband became her loved children: Roya Leriche, Matthew Hickey, and Kimberly Leriche. Barbara was the heart of the family and she will live on forever as our family continues.

One Response to “Greatest Mother Ever”