You are here: Home » On Line Obituary » Hagen, Milton G. 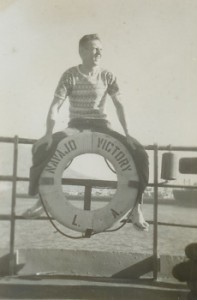 Milton Gilmore Hagen passed away peacefully Monday, July 1st 2013, at the age of 88 in Hillsboro, OR from complications from a lingering illness. Milton was born on April 20th, 1925 to Malford and Gunhild Evenson Hagen of Hendrum, Minnesota, the eldest of two children.

Milton attended grade school in Hendrum, but soon the Great Depression of the 1930’s drew the family with new sister Jo, out West and they ventured to many small towns, including Helena, Montana. The struggles for work in these new towns still challenged the family, so they moved further west to Plains, Montana. Here Milton attended his early days of high school and began to explore the outdoors, swimming in the Clarks Fork River, and exploring new ways to help sustain the family. It was during this time Milton discovered the aero plane by building many balsa wood models, and was the beginning of a lifelong dream and curiosity with aviation.

Milton was drafted by the Navy in the fall of 1943, and a few years later enlisted as a Merchant Seaman and ventured the world’s oceans on WWII Liberty ships visiting the Eastern Pacific. Upon his return to the states he was challenged and succeeded in earning his undergraduate degree in Physics from Lewis and Clark College. This led to a position with Sperry Gyroscope Corporation, and soon after with Minneapolis Honeywell and his new career with the emerging field of electronic navigation. While on the east coast, Milton met the love of his life, Marjorie and they soon wed. In time an opportunity for an engineering field representative at a major Air Force base opened up in Tokyo, Japan. He moved here with his wife, and worked with field testing modern autopilots for supersonic bombers of the pre-Cold War era.

Back in the States with a new, blossoming family, Milton secured work in the Western states, including several years in California, but eventually settling in Hillsboro, Oregon. It was here he put the corporate world aside, and operated a plant nursery for nearly two decades with help from his wife, family, in-laws, and friends. When not working, Milton attended his many chores as business and family handyman, and hobbies as private pilot and boat captain. The passing of this voracious book reader and a sweet, smart, caring, and witty man will leave a hole in the lives of those who knew and loved him.

He is survived by his beloved wife of 58 years, Marjorie; grown children Mark and his fiancé Kathleen; Michele and her husband Terry; sister Jo and her husband Alfred, and their son Guy, wife Lori and family.

The family wants to acknowledge the wonderful care and diligence of the doctors from OHSU Knight Cancer Institute, and the generous care of the doctors and nursing staff of Tuality Community Hospital.