You are here: Home » On Line Obituary » Heidinger, Gary Gene 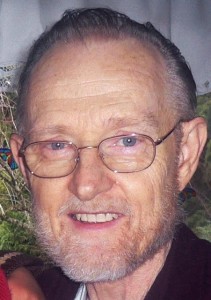 Gary was born in a sod house near Kulm, North Dakota on August 25th, 1944. He was the second son to Richard and Alvina Heidinger. His family moved to a farm near Verona, North Dakota where Gary spent his childhood. He graduated from Verona High School in 1962, after which he joined and served in the Navy from August of 1962 until he was honorably discharged in August of 1968. He attended Lane Community College in Eugene, Oregon during some of that time, and received an Associate of Science degree.

He wed Judith Leppert of Merricourt, North Dakota on December 28th, 1969. They moved to Beaverton, Oregon and raised their four daughters there. Gary worked from 1968 until his retirement in 2001 at Tektronix/Morrison-Knudsen. He enjoyed flying in his spare time and worked as a part-time flight instructor. He also enjoyed biking and camping with his family.

He is survived by his loving wife, Judith Heidinger of Beaverton, OR, and his four daughters, Naomi (Alex) Calle of Allen, TX; Nicole (Gabe) Ripley of Sandpoint, ID; Heather (Nick) Tyrrell of Vancouver, WA; and Michelle (Bryan) Heinrichs of Hillsboro, OR; Six grandchildren Ava, Lauren, and AJ Calle; Miranda Ripley; Lilah and Faith Tyrrell; and an expected grandson. He is also survived by his mother, Alvina Heidinger of Edgeley, ND, and his five brothers, Roger, Glenn, Jim, Bruce, and Cory.

He is preceded in death by his father, Richard Heidinger, and his sister-in-law, Lynn Heidinger.

A memorial will be held Wednesday July 24th at 1pm at St. Andrew Lutheran Church in Beaverton, OR. Private burial will be Thursday July 25th at Willamette National Cemetery.