You are here: Home » On Line Obituary » Hunter, Andrew 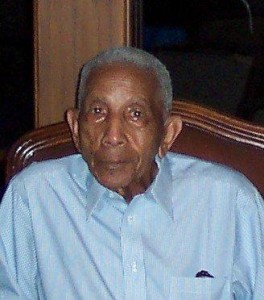 Andrew Maurice Hunter, “Maurice ” as he liked to be called, passed away on Tuesday, June 4, 2013, at Clare Bridge of Beaverton Oregon.

Maurice was born in Marlin, Texas, on December 1, 1912, to Dr. Andrew Leroy and Lucy Mae Hunter. He was a M-Sgt. in the U.S. Army Artillery and had fought in three Wars, WWll, Korea and two tours in Vietnam. On April 3, 1961, he was featured in News Week Magazine for bravery in battle against the Viet Cong.

Prior to his career in the Military, he graduated from Dillard University in New Orleans with a Bachelors Degree in History. After thirty years in the U.S. Army he went back to school to get his Masters at the Pacific Lutheran University in Tacoma Washington. He went back to teaching History at Cloverpark Technical School.

He was married to Anna who predeceased him in 2011. They both loved to travel and took every opportunity to visit different countries. One of Maurice’s favorite pastimes was sports; he loved it all.

Arrangements by Springer and Son.