You are here: Home » On Line Obituary » In Loving Memory of Donald Earl Stephenson 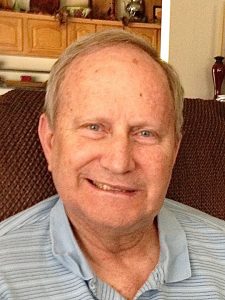 Don Earl Stephenson was born to Earl Dowl Stephenson, and Wilhelmina Louise Wilson-Stephenson on July 22, 1946 in Garden City KS. He departed us peacefully in his sleep at home on Saturday, September 17, 2022.
Don grew up in Abilene TX, and became a Christian at an early age. He loved music and played the trombone throughout school. He served in the US Navy shortly after high school, until late 1969. He spent one year in San Diego CA, one year in Kodiak Alaska, and one year in Vietnam. The military was pulling out of Vietnam, so he accepted an early honorable discharge. January 1st, of 1970 he went into Grisom’s department store, after his military service to get his old job back. His life changed forever, when he met the love of his life Bea at work, and swept her off of her feet. They dated for 6 months and were married August 15th, 1970. They had three children, Stacy Thomas of Portland OR, Shay Stephenson of San Diego CA, and Wes Stephenson of Maui Hawaii. He was also survived by his sister, Lynda Nelson and brother, John Stephenson. His family and faith were everything to him. He especially loved spending time with his grandchildren. He had six grandchildren, and two great grandchildren.

Don went to work for the U.S. Post Office in October of 1973, where he was a letter carrier and walked approximately 12 miles a day on his route for 28 years. He retired in July 2000.

Don was well known by all as a southern gentleman, and had a heart of gold.