You are here: Home » On Line Obituary » In Loving Memory of Doug Donaldson 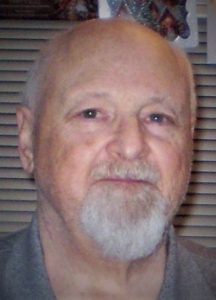 Douglas William Donaldson was born in Salem, Oregon, on May 22, 1948, to Daryel and Fawn (Mitchell) Donaldson. He grew up primarily in Oregon, with a stint in Jungo, Nevada. He graduated from Marshall High School in Portland, OR, in 1966. Doug went on to receive a certificate in computer education and subsequently spent over four decades working as a computer programmer.

In 1971, Doug married Judy Ann Lane, with whom he would share life, love, and laughter for the next five decades. Doug and Judy were blessed to celebrate their fiftieth wedding anniversary together in December 2021. In the 1970s, they had two daughters, Amy and Lisa. The family resided in Aloha, Oregon, until 2010. When the recession affected Doug’s longtime employer, Blackwell Book Services, he found work in Albany, Georgia, and Doug and Judy moved there for the next four years. In 2014, Doug retired, and the couple moved back to Aloha to enjoy their retirement.

In his 20s and 30s, Doug spent his spare time engaged in bowling, go-cart racing, and gaming. When his daughters were in school, he spent some time refereeing youth sports. Over the years, his interest shifted more to computer games. Doug was always an avid reader of sci-fi and fantasy books, and into his retirement he often spent many hours a day reading. He was also a great fan of sports. He especially enjoyed watching the Portland Trailblazers, local college football (both the Oregon State Beavers and the Oregon Ducks), and women’s college basketball.

Doug was often a quiet man, but he had a quick mind and a witty sense of humor. He was good-natured and well-loved. Doug was very committed to his family and in later years especially enjoyed spending time with his grandsons.

On August 13, 2022, Doug lost his long battle with heart disease. He is survived by his wife, Judy; his daughters, Amy Donaldson of Aloha, OR; and Lisa Woods (Jerry) of Savannah, GA; his grandsons, Dylan and Cody Woods; his brothers Dary Donaldson of Alaska and Gregg Donaldson (Rita) of Illinois; and his sister Kathleen Hendry of Oregon.

One Response to “In Loving Memory of Doug Donaldson”