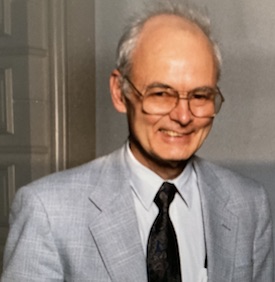 J. Albert Browder, MD has gone by his middle name since he was born, and he was always known as Al by those who loved or knew him well. After months of declining health, Al spent the last seven months at home enjoying visits from family that came from near and far. The advent of the vaccine made all of this safer. Al sat beside the magnificent fireplace he built and chose how to spend his days. He felt warmth and affection from his caregivers and was generous with his smiles. His wife of 32 years, Susan, was at his side when he passed away peacefully.

Al was born in Fort Worth, Texas along with his fraternal twin, Elmer Browder. Tragically, their mother, Fern (Smith) Browder, died of complications following their birth. He was raised by his father, Elmer Pierce Browder, and stepmother, Virginia (Polser) Browder. Five years later, Al’s family grew again with the birth of his half-brother, the Rev. Eugene P. Browder. Al was preceded in death by his parents and both brothers.

The Browder family is descended from Isham Bell Browder. In the 1840’s, the Browders acquired land that included a freshwater spring south of Dallas, Texas. The family sold the water rights to the Dallas Water Supply and the land was eventually included in the City of Dallas in 1878. The first public city park was founded on the property and features a Browder Spring marker, which can be found today at Old City Park in the Historic Village of Dallas.

Al grew up in the town of Handley, Texas, which is now part of Fort Worth, Texas. Al and his brothers helped out on his family’s small farm. They had chickens, a cow, and a large garden, and the family produced much of their own food. They went fishing and hunting with their father. Al and his twin brother Elmer both played football, and his younger brother Eugene was in the band. Al also joined the Boy Scouts where he earned the Eagle Scout Award.

After community college, Al enrolled in Texas A&M and later enlisted in the United States Army, and was honorably discharged as a Major in the U.S. Army Medical Corps. He obtained his medical degree at the University of Texas Medical Branch in Galveston, Texas. He had an internship in Phoenix, Arizona, and residencies in both Denver, Colorado and Tacoma, Washington. He subsequently worked in Albuquerque, New Mexico but later settled in Portland, Oregon in 1971 after finding that the Pacific Northwest appealed to his outdoor interests.

Al worked for many years at Oregon Health Sciences University’s Child Development and Rehabilitation Center, where he was Professor and Developmental Pediatrician. Al’s clinical interests included addressing the needs of children with orthopedic and cognitive challenges. His expertise in assistive technology evolved from the desire to address the needs of his patients and their families. Al retired from full-time employment in 1997 and part-time employment in 2012. However, he stayed connected to his profession after retirement by applying his knowledge, experience, and empathy for families by participating in the Judicial Review Process for Social Security. Al was recognized for his involvement and advocacy for over thirty years with the ARC, which was then known as the National Association on Mental Deficiency.

Al showed tremendous love and concern for his wife Susan (Moore), marrying in 1989. The marriage brought two stepchildren, Audrey and Evan Swanson, into their partnership. Al is survived by his five children from a previous marriage, Michael Lawrence, Patricia Jo, James Scott, Colleen Sue, and Daniel Pierce, as well as his sister-in-law Barbara. He was devoted to spending time and energy being involved in their activities and helping out in any way. Al was proud and excited to welcome five grandchildren, Stephanie, Alex, Matthias, Benjamin, and Kenneth, as well as three great grandchildren, Lucas, Aubrey, and James, into the family.

Al enjoyed salmon and fly fishing, canoeing, and camping with family, colleagues, and friends. He also traveled extensively both domestically and abroad. He was a member of the Northwest Federation of Fly Fishers and Trout Unlimited. Al was a skilled craftsman and enjoyed woodworking, homebuilding, and remodeling. He built a beach vacation home on the Oregon Coast largely with his own labor.

A remembrance for Al will occur in the future when his family from around the world are able to travel to the Pacific Northwest. The family suggests donations in memory of Al to the ARC or to Trout Unlimited.

Photos of Al’s life can be viewed at  Al Browder Photos.