You are here: Home » On Line Obituary » Janet (Doerfler) Altman 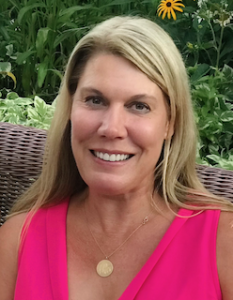 Janet was preceded in death by her son Aaron Altman, who died in 2014 at the age of 20.

Janet was born on All Saints Day, November 1, 1967 in Portland, Oregon to Sally Arnold Doerfler and John G. Doerfler. Her birthday always seemed apt for a woman who was gentle and kind to everyone. Janet attended Lincoln High School, where she was a talented student and award-winning runner on the track team. She completed her education at the University of Portland, graduating with honors.

In 1991 Janet married Jason Altman and together they had three children. Janet was a full-time mother who loved her family completely. She was a devoted Christian and with love and example brought her husband to know and love Jesus Christ.

With her Christian faith as her guide, Janet raised her children in a peaceful, active home. They traveled together often. She managed the hot lunch program at her children’s school, Pilgrim Lutheran, and she and her husband taught Sunday School at Beaverton Foursquare Church.

With a heart for people, Janet worked as a caregiver for those with dementia and served as a Eucharistic Minister to patients at Good Samaritan Hospital for St. Mary’s Cathedral.

Janet was no stranger to sorrow. The death of her beloved son, Aaron, in 2014 truly overwhelmed her. Despite her trials, Janet enjoyed being with those she loved and hosted many family gatherings. We know she now rests peacefully in the loving arms of Jesus and Aaron. We miss her with all our hearts.

A memorial service will be held Friday, January 14, 2022 at 11 am at Our Lady of the Lake Catholic Church, Lake Oswego OR.

In lieu of flowers, memorial contributions can be made to:

One Response to “Janet (Doerfler) Altman”