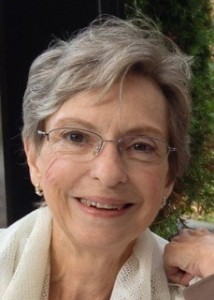 Born in Klamath Falls, Oregon to Louie and Esther Borgialli, Louise’s journey ended January 12, 2014, at age 71 after a graceful three year struggle with pancreatic cancer. If she could, she would tell you her life tapestry contained more light than dark threads and it has been a good journey. She earned every light thread and was the heart and soul of our family.

Louise loved all children: her early childhood friends, her two sisters and cousins, her own two children and her four grandchildren. She championed generations of students during her 30 year teaching career, encouraging and cajoling her students into believing in themselves and succeeding. She earned the deep friendship and respect of her professional peers, particularly in the Sherwood and Reynolds districts.

After teaching in Ashland, she and her family moved to Portland in 1973. She enjoyed more than 18 years as a middle school teacher and district curriculum director at Sherwood Middle School and became Academic Vice Principal at St. Mary’s Academy.

But, Louise’s first love was the classroom. She moved to Reynolds High School as a language arts/social studies teacher and English department head, retiring in 2000.

Teaching and reading were her passions, but her greatest life satisfaction came in family, raising two daughters with her husband, Bob. Jane and Beth were the loves of her life and she prepared them well as they, in turn, married and presented the family with four perfect grandchildren: Nick and Andrew Feldhausen of Salmon, Idaho and Mia and Aoife Gish of Portland. Absolutely nothing made Louise smile more than her children and grandchildren, whether at family gatherings, at their sporting events or on vacation.

Louise is survived by Bob, her husband of 50 years, daughter Jane Feldhausen of Salmon, ID, daughter Beth Gish of Portland, and son-in-law Tim Gish as well as her four grandchildren. She is also survived by sisters Carol Williams (Don) of Eugene and Janet Hamblin (Dan) of Klamath Falls, in addition to extended family and a host of wonderful, thoughtful friends.

Her medical care has been the best possible and provided with great compassion by doctors, nurses and caregivers at Greenfield Health, Providence Cancer Center, Providence St. Vincent Hospital, the Oregon Clinic, Providence Palliative and Hospice Care and Visiting Angels. Louise asked you to consider Providence Medical Foundation if you wish to make a gift in her memory, in lieu of flowers.