You are here: Home » On Line Obituary » Lawrence Gorman 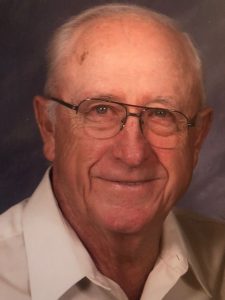 Larry was born in Timberlake, South Dakota, on September 28, 1936. He was the youngest of 8 children born to Judge Thomas Clark Gorman and Mary Veronica Gorman. When he was an infant, the family moved to Mt. Angel, Oregon, and shortly thereafter to Woodburn, Oregon, where he spent the rest of his childhood.

Larry met the love of his life, Louise Rose Kroll, while a student at Mount Angel College. They were married on July 20, 1963, and together they raised six children – Denise, Michael, Lawrence, Thomas, Donald, and Kevin.

Larry enjoyed a long and varied career as a special agent in the FBI. His first day on the job was in El Paso, Texas, on the day that President Kennedy was assassinated. He spent ten years in Columbus, Mississippi where he was deeply involved in the civil rights movement of the 1960s. He played an active role in the dismantling of the Ku Klux Kan, and performed security detail for Martin Luther King Jr.

After stints in California, Montana and Idaho, Larry and his family settled in Medford, Oregon in 1981. He retired from the FBI in 1990 after 27 years of distinguished service. Larry had a passion for golf and built a house next to the Rogue Valley Country Club where he was a member for 30 years. He enjoyed enthusiastically cheering on the Oregon State Beavers, watercolor painting, pencil sketching, telling funny stories of his life over a cold beer, and completing his daily New York Times crossword puzzle.

Larry was preceded in death by his sisters Mary and Helen, and his brothers Thomas, Robert, Joseph, James, and John. He is survived by his wife, Louise; his children, Denise Zinkel of Sherwood, OR (Scott), Mike Gorman of Camano Island, WA (Amy), Larry Gorman of Phoenix, AZ (Vikki), Tom Gorman of Eagle Point, OR (Wendy), Don Gorman of Sammamish, WA (Jeannette) and Kevin Gorman of Seoul, KR (Nicole); 11 grandchildren; and numerous nieces and nephews.

A funeral mass will be held at St Francis Catholic Church at 11am on July 8, 2023, with a reception to follow in the church hall. In lieu of flowers, the family suggests donations to St. Francis School in Sherwood, Oregon.

One Response to “Lawrence Gorman”