You are here: Home » On Line Obituary » Ludvik Drozdek 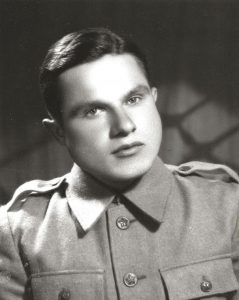 Ludvik was born to Karolina and Rudolph Drozdek on January 9th, 1937 in Cellinovac, Bosnia. At the age of five his family moved to Curug, Serbia where they purchased a farm. He enlisted in the military when he turned 18 and served for two years before returning home to farm.

At 25 years of age, he married Michelle. A year later, their first born son, Josip was born. Four years later, their second son Ivica was born.

In 1969, Ludvik and Michelle were looking for new opportunities and with assistance from Michelle’s family they pursued the American Dream. They moved to Duluth, Minnesota where Ludvik found work at Diamond Tool factory. He worked there for eight years before they decided to move to Portland, Oregon. Once in Portland, Ludvik worked for a short time at a fireplace manufacturing company before starting his career and eventually retiring from Aramark Uniform Services.

Ludvik is preceded in death by his parents Rudolph and Karolina, his sisters Elza Smutek and Sofia Jasenko, his brothers Anton Drozdek and Adolf Drozdek and his son Josip Drozdek.

He is survived by his wife Michelle, son Ivica, and brother Alojz Drozdek. A funeral service will be held at St. Stanislaus Catholic Church on May 5th at 10:30 AM. He will be laid to rest at Mt. Calvary Cemetery.