You are here: Home » On Line Obituary » Lynn, LaVerna 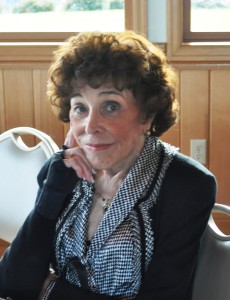 LaVerna passed away peacefully on Sunday, March 16th, surrounded by her loving husband and family.  She had been under the loving care of a very special nurse at St. Vincent Hospital, Kari Park.

LaVerna was born and raised in Walla Walla, Washington, then moved to the Beaverton area in the early 1960’s.  One of the joys in LaVerna’s life was her group of sorority sisters, who would get together for the Super Bowl and Rose Bowl games, and many other events, which they did for 37 consecutive years.  Of the eight ladies in the sorority, there are now only three left.  It was 30 years ago at one such function, that LaVerna and Ray Lynn were introduced.

She was preceded in death by her parents, Ray and Nellie Boldman; brothers, Robert, Larry, and Richard Boldman; and grandson, Jerry Keller.