You are here: Home » On Line Obituary » Our Loving Father 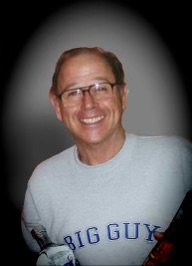 Ambrose was born to Ambrose Calcagno Sr. and Rose Boitano in Portland. He was a student at St Peter’s Catholic Grade School and then transferred to Ben’s Mead Grade School in the Lents District. He attended Benson High School and graduated in 1956. Ambrose was a devout Catholic and a very active member of St Thomas More Catholic Church for over 54 years. He helped organize and participated in numerous fundraising and church clean-up activities such as Casino nights, Spaghetti Dinners, Piccadilly Fairs, Bingo Nights and the annual flower sale. Ambrose cared deeply about the less fortunate among us and supported homeless organizations through donations of food, and in some instances, provided anonymous financial support.

Ambrose began working in the family garbage business at the age of 15 years old. He grew the family business to be very successful in Washington, Columbia and Tillamook Counties. He was a member of the Oregon Sanitary Service Institute (OSSI).

In 1955, Ambrose, along with several other business men and local farmers, became a founding member of Club Paesano in Gresham, OR.

Ambrose met his future wife Virginia Cavallero at a wedding of a friend. They wed a few years later on February 9, 1963 and were married for 59 years. Together they had four children; Debra, Leslie, Ambrose Christopher, and Duane. Ambrose was a hard working man and instilled this work ethic in his family. He enjoyed going on family vacations to Seaside, Las Vegas and Disneyland.

Ambrose also enjoyed his three grandchildren; Ambrose Christopher Calcagno (ACE), Patrick and Maddalene Guthrie. A kid at heart, “The Big Guy,” as Ambrose was known by his grandchildren, provided countless hours of support and entertainment from their earliest years, through college.

Ambrose is survived by his loving wife of 59 years, Virginia: Children Debra (Todd) Guthrie, Leslie, Ambrose Christopher and Duane; his three grandchildren, Ambrose (Ace), Patrick and Maddalene Guthrie. A rosary will be recited at 10:30 a.m. followed by a Funeral Mass at 11:00 a.m. on Saturday, October 29, 2022 at St Thomas More Catholic Church in the West Hills of Portland. A reception will follow in the Parish Hall. In lieu of flowers, the family asks that donations be sent to St Thomas More in Ambrose’s memory.

12 Responses to “Our Loving Father”