You are here: Home » On Line Obituary » Timothy Leo Menard 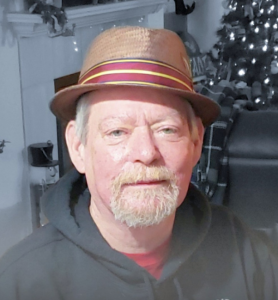 Tim proudly served his country in the US Army and then in the US Air Force Reserve where he was mobilized in support of Operation Desert Shield/Storm. He had a long career as a technical engineer with Hamilton Standard and Intel, then he became a freelance designer until his recent retirement.

Besides spending time with his family and friends, Tim had a passion for the outdoors and traveling. He has a “sappy” soft side with a big heart. He always has the jokes and could tell stories for days. Tim touched so many lives with his generosity and passion for life. He will be truly missed.

He is survived by his wife “Marty”, their children; Justin, Jessica, Samantha, James, and Taylor, 8 grandchildren and many more family members across the country.

A private interment will be held at Willamette National Cemetery the morning of April 29th. Friends and Family are invited to a celebration of life at Aloha American Legion Post 104 from 1-3 following interment.

In lieu of flowers, memorial donations can be made to the Wounded Warrior Project at woundedwarriorproject.org.