You are here: Home » On Line Obituary » Walking with God 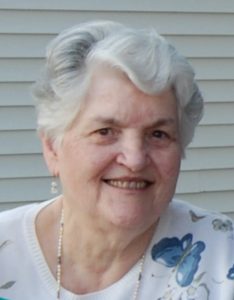 Bobbie was born in Grand Island, Nebraska to Robert Wilson Boon and Evelyn Vera Reger Boon. She was the first of four siblings, one boy and three girls. Robert was a long-time worker for the telephone company and Evelyn was a schoolteacher and home maker.

Bobbie attended Doane College in Crete, NE, and went on to study at Lincoln General Hospital’s School of Nursing in Lincoln, NE, where she graduated as a Registered Nurse. She worked for several years as an R.N. at the hospital and later did Occupational Health Nursing for the Bonneville Power Administration.

It was while she was in nursing school that Bobbie met her future husband, Jerry (Gerald) Mohr. They were married in Grand Island’s Methodist Church on May 10th, 1958. They moved to New Jersey while Jerry served in the U.S. Army. During their years together, the couple lived in Lincoln and Omaha, NE, Greeley, CO, Vancouver, WA, Portland, Eugene, Aloha, and Beaverton, OR, and Desert Hot Springs, CA.

Along the way Bobbie gave birth to two children, a daughter, Jeralyn Kay, and a son, Thomas (Tom) Wilson.

Bobbie and Jerry were long-time members of Cedar Mill Bible Church in Portland. She was involved in Christian Women’s Fellowship and other Bible study groups over the years.

Bobbie loved to sew and do machine embroidery. She also enjoyed knitting and crocheting. Her handwork over the years went to family, friends and various charitable groups.

Interment will be at Willamette National Cemetery. A memorial service will be held at 2:00 pm on Tuesday, November 16th, 2021.

Donations in memory of Bobbie can be made to Union Gospel Mission – Portland (www.ugmportland.org/donate).