You are here: Home » On Line Obituary » Westling, Linda Beard 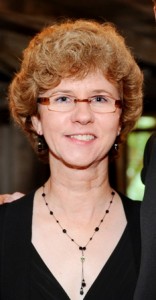 She was born in Boston, Massachusetts on April 22, 1959 and lived as a child in Orlando, Florida, Syracuse, New York and Phoenix, Arizona. She attended Northern Arizona University where she was a member of the Alpha Omicron Pi sorority, graduating in 1981 with a degree in Business Administration. After graduation from college and her marriage to Joe, she worked in the Phoenix area before moving to Beaverton in 1987. In the Portland area, she worked for Regence Blue Cross Blue Shield, Enron Broadband and the Beaverton School District.

As her boys became involved in sports and youth music, she became an avid supporter and volunteer, keeping score for lacrosse in the cold and rain, cheering hockey in frigid ice rinks and track in warm stadiums and chaperoning youth orchestra tours. She was a strong, loving presence in the lives of all the members of her family. She was truly loved by all whom she met in life.

Contributions to the U.S. Figure Skating Memorial Fund in memory of Linda and her passion are suggested. Linda’s friends, relatives and acquaintances are invited to share in a Memorial and Celebration of Linda’s Life on Sunday, October 13, 2013 at 12:30 PM at Miller Hall in the World Forestry Center, 4033 SW Canyon Rd Portland, OR 97221 (US Hwy 26 Exit 72). Telephone: (503) 228-1367. www.worldforestry.org