You are here: Home » On Line Obituary » Christopher Brian Supalla 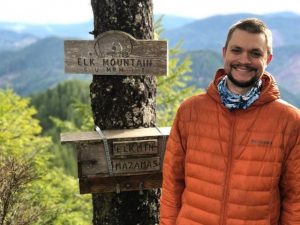 Chris was a handsome, genuinely kind, funny and caring person throughout his 32 years. He had a knack for clowning around and making lame jokes that brought joy to everyone he was with. Chris’s talent for music started when he learned piano in elementary school. Later, he became a skillful self-taught guitarist who loved to jam with his buddies. Chris loved taking risks to challenge nature from an early age. He learned to ride a bike at 4 years old which led to performing tricks while BMX biking. His pursuit of greater biking adventures grew into a passion for downhill mountain biking where he blasted down the trails of Hood River, Oregon and Whistler, B.C. He was often seen performing jaw-dropping aerial tricks on his bike, stunning those around him. Chris’s love of conquering the trails also extended to 4-Wheelin’ in his Jeep Wrangler. With his Wrangler he took on challenging trails, climbing over logs and boulders, and plowing through the rugged trails of the Tillamook Forest. In pursuit of greater challenges Chris learned rock climbing with his girlfriend Karen and sister Laura. They embarked on numerous trips scaling the climbing sites around the Pacific Northwest.

Chris will forever be remembered by his life of Awesomeness & Fun. We are proud of his many accomplishments, 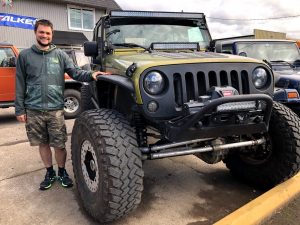 saddened by his loss, and will love him Forever. May he Rest in Peace.

Chris was preceded in death by his Grandparents, John & Helen Supalla of New Richland, Minnesota and Clifford & Eunice Kappell, and Uncle Stephen Kappell of Kaukauna, Wisconsin.

A funeral service will be held at 11:00AM on Friday June 4, 2021, at Holy Trinity Catholic Church in Beaverton, Oregon.