You are here: Home » Our Staff 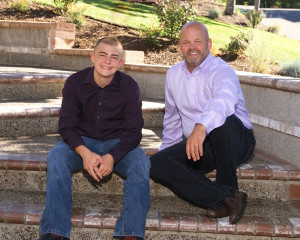 John and Gage Springer John moved to Powell Butte, Oregon in 1983 when his father sold the business and retired to Central Oregon. John attended college when he was 18 at Central Oregon Community College in Bend then to Mt. Hood Community College, where he studied Mortuary Science and graduated in 1989. John & Tammy met in1990 and were married in 1991. Tammy was born and raised in Central Oregon . John & Tammy were blessed with a son Gage in 2000 and decided shortly after that it was time to build their dream. John worked at Wilhelm Funeral Home in the Westmoreland Sellwood Neighborhood from 1987 to 2002. In August 2002, John, Tammy and son Gage decided to start building their own funeral home/tribute center in Aloha. They had purchased this property over 8 years ago knowing some day this was where they would build their dream. John and Tammy put together all their ideas, thoughts and dreams of the last 12 years. Their goal was to make it as personal as possible for each family. They want you and your family to feel as though this is your home at a time when you need to feel the most comfortable. “After listening to families’ thoughts, suggestions and concerns about their services it gave us many ideas to incorporate into our facility to make it a unique and special place.” Please call or stop by for a personal tour of our new Funeral Home, Crematory, and Tribute Center. Sincerely, John and Gage Springer 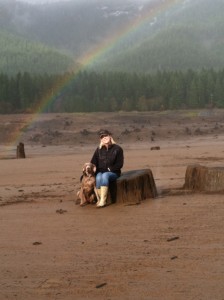 At the age of 44, Tamara “Tammy” Anne Burke Springer went home to be with her Lord on March 24, 2015. Tammy was born on August 28, 1970 in Redmond, Oregon to Thomas and Linda Burke. She graduated from Crook County High School in Prineville Oregon in 1988. While in high school she was a cheerleader. After graduation she was a Crook County Rodeo Princess riding for Coors Light and traveling the Rodeo Circuit in Oregon, and graduated from Flight Attendant College, and worked at Redmond Airport.

It was on a blind date on July 1, 1990 that she met her future husband, John Springer. They married on May 4, 1991. Tammy worked various jobs, including customer service at US Bank. In the late 90’s she acquired her real estate broker license and started CHAMP Property Management Services. John and Tammy built Springer and Son Aloha Funeral Home and Crematory Aloha, Oregon which opened in August of 2003. Tammy was responsible for overseeing the funeral home office. She most recently worked customer service at Villa Sport in Beaverton.

Tammy enjoyed renovating homes and selling them. Each one of the homes they left behind was evidence of her exquisite decorator’s touch and green-thumb talent, with which she created some of the most beautiful flower gardens. Her warm and inviting personality drew diverse people to her, all on whom she bestowed selfless compassion and generosity. Tammy was one of those people anyone could talk to.

Tammy’s favorite holiday was Easter, the day our Lord rose from the grave and defeated death. It is fitting that she is with Him now, whole and healthy. She also enjoyed shopping with her mother, visiting with her brother and sister and John’s family, working out, entertaining, traveling, gardening, cooking, relaxing at their lake house, walking the trails and boating. Her most valuable treasure and greatest sense of accomplishment was found in devoting herself to their son Gage, age 15. 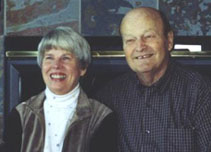 Jim ,who is a native of Beaverton, attended Merle Davies Elementary School and graduated from Beaverton High School in 1954. In 1956 he graduated from San Francisco College of Mortuary Science. He owned and operated Pegg, Paxson & Springer chapel from 1966 until 1983. He was active in Beaverton Jaycees, Beaverton Rotary, and the Washington County Fair Board. He was also on the board of directors at Maryville Nursing Home, and served on the McKinley local school committee. Jim and Sue were married in 1958. Sue graduated from Oregon State University in 1959, and was a member of Alpha Chi Omega. Sue has been involved with Women’s Bible studies as leader and hostess for many years. Jim and Sue have three children, Lisa, Todd and John, who all attended McKinley, Meadow Park, Five Oaks and Aloha High School. In 1993 they developed their property on 173rd and Walker Rd. into a 55+ manufactured home community called Springwood. Jim and Sue were been members of Beaverton Foursquare Church since the mid 1970s Jim passed away November 28, 2004. Sue currently resides in a 55+ community in the Beaverton area.