You are here: Home » On Line Obituary » Terpenning, Howard M. 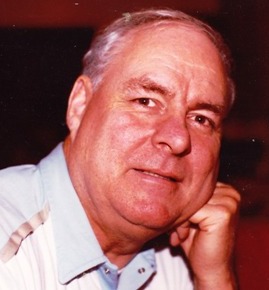 Howard M. Terpenning died February 8, 2014. Howard was born in Seattle, Washington in 1930. He spent most of his years growing up in Vancouver, Washington and attended Clark College on a football scholarship. He entered the Army in 1950, and was a sergeant assigned to the 862nd Engineer Battalion, stationed in Germany.

Howard became director of Parks and Recreation in Vancouver in 1954, and married his wife Billee in 1955. They moved to Beaverton, Oregon in 1959 where he had accepted a job as General Manager of Tualatin Hills Park and Recreation District – a young district with 2 parks and one swimming pool in a rapidly growing community. He held the position for 33 years, and loved his job. He played a large role in the growth and success that THPRD has had, and what it has become today. However, Howard never took credit without mentioning all of the people, staff and supporters who worked alongside of him every day, and all of those working on the sidelines through the years. For all of them, he was very grateful. He also helped to form Special Districts Association of Oregon (SDAO) in 1977, and served as president from 1985-1988. Howard retired from THPRD in 1992. Time since then was mainly focused on family. He also enjoyed meeting friends for morning coffee, bowling on leagues and occasionally golfing with friends.

Howard passed away peacefully in his sleep Feb. 8th, after a long battle with cancer. He was a wonderful husband, dad, grandpa and friend; caring, generous, humble and always there for anyone needing help. He had a big heart and will be missed greatly by his family and friends.

Howard is survived by his son, Joe Terpenning and wife Kathy; daughter, Nancy Bueermann and husband Dave; daughter Carol Boaz and husband Wayne; grandchildren John, Sara, Kyle, Mai Anh, Andy and Amber; one great-grandson, Joe; and dear friend and companion for the last 4 years, Ferne Pearson. He is preceded in death by his beloved wife Billee of 50 years in 2006, and son John (Jack) in 2010.

Howard was a man of faith, and attended Sunset Presbyterian Church for nearly 50 years.

At Howard’s request there will be no service held.

Donations can be made to the Tualatin Hills Park Foundation, which develops resources to ensure access to recreation for all Park District residents, including those with physical challenges or economic struggles.

One Response to “Terpenning, Howard M.”